Echoes on the Road 18th – 21st September 2018
curated by Enterprise Z
in the context of
Echoes from invisible Landscapes, a smaller scale cooperation project co-funded by the EACEA

Echoes from invisible Landscapes was launched in July 2016 as an interdisciplinary cultural network spanning the Alp-Adriatic region with curatorial partners from Austria, Slovenia, and Croatia.
Enterprise Z invited artists and project participants to collect acoustic “images” from the region and collated them in a sound map, which has been used as the basis for various performances and workshops in the course of the project. The Sound of Europe was conceived as an archive for the acoustic echoes of the region.
Now, approaching the end of the project, Enterprise Z has taken stock of the sonic fragments and is bringing them back into the regional landscape.

Journey
On the 18th September 2018, 3 groups of musicians will set off in retro camper vans to carry live resonances of the Alp-Adriatic region through the landscape.
Starting in Austria, Slovenia and Croatia, each camper van will visit various public spaces, some of which will be announced and some of which will be spontaneous interventions. The artists on board will play for passers-by, engage in dialogue with people and places, and move on.
The process is an ongoing exchange, a dialogue between sounds and places, and between people. The performances can entertain, irritate, fascinate or instigated questions and conversation.
The project is an artistic journey whose essence is in the process, the travel, the encounters and the landscape.

Arrival
On the 21st September 2018, the vans come together at Hrelji 45 in Istria, where Echoes partner Mani d.o.o. and Enterprise Z will host the artists and visitors in an informal exchange between artists, participants and visitors. 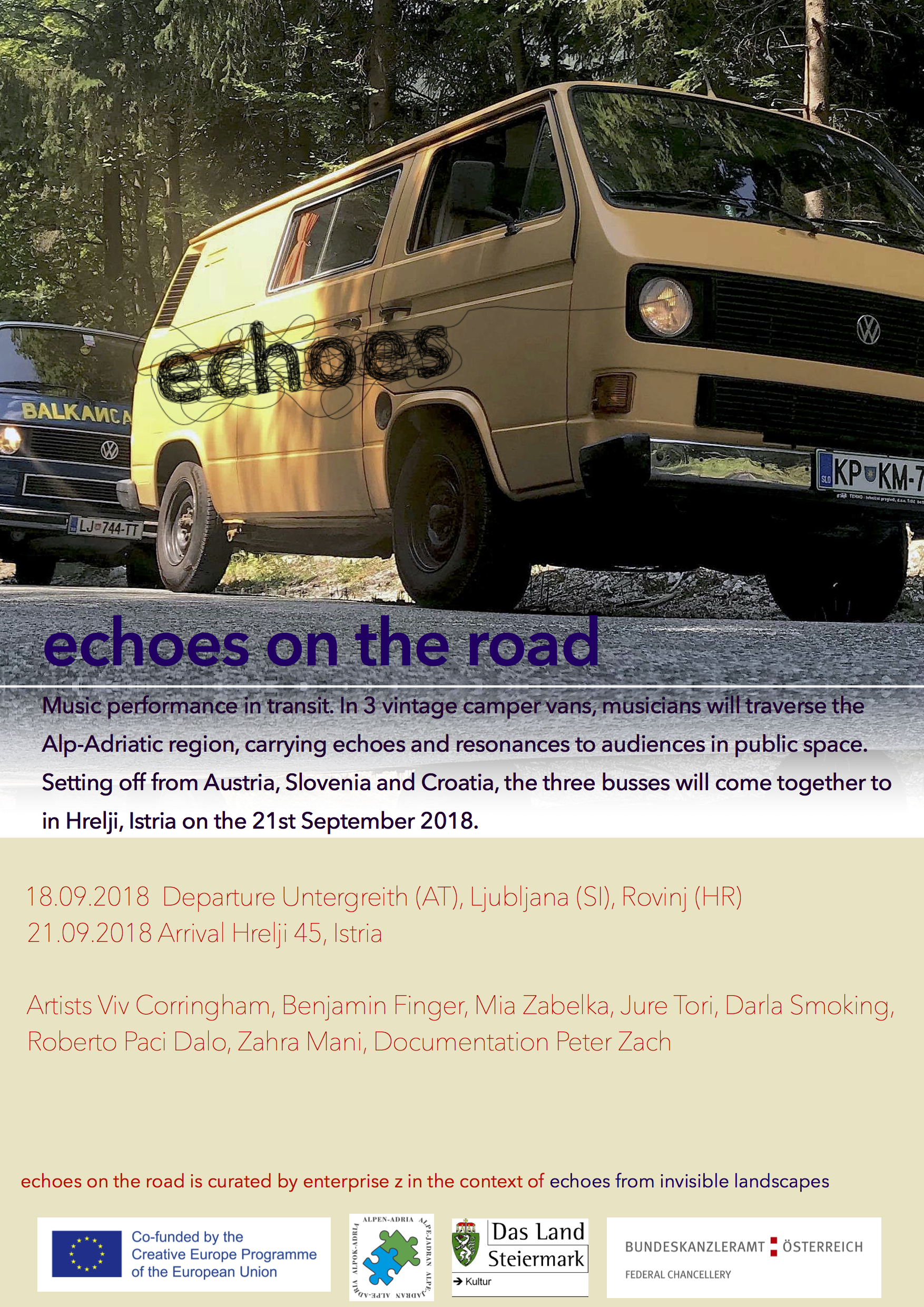